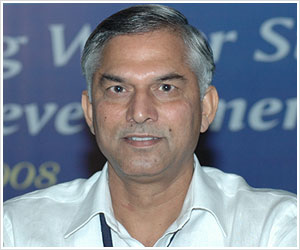 Dr. Yudhbir Singh started his career as a teacher in a college & has been in Civil Services for 30 years thereafter.

He has headed three districts as Deputy Commissioner and has been Commissioner of Ambala as well as Hisar division.

Dr. Yudhbir Singh has been the Registrar of Kurukshetra University.

He is double postgraduate - English literature and Public Administration.

He was conferred degree of Doctor of Philosophy in "Social Work" on the topic "Management of Safe Blood Transfusion".

His name has been listed twice in the Limca Book of Records; once for organizing the Largest Blood Donation Camp in 1997 & the second time for having headed the District which achieved the title of First Open Defecation Free District in the Country in the year 2009.

He has been awarded Mother Teresa Award for his outstanding contribution in the field of Voluntary Blood Donation in the Country. He has organized more then 5000 blood donation camps and motivated more than 5 lakh volunteers to donate blood and be the regular blood donors. During his tenure as District Magistrate on every day a blood donation camp was organized continuously for 1023 days. His passion for Voluntary Blood Donation has taken him to the heights and he has been elected as the President of Indian Society of Blood Transfusion & Immunohaematology (ISBTI).

He was awarded with "People of the Year" Award for Extra Ordinary Skills in the field of Social Services in the year 2009.